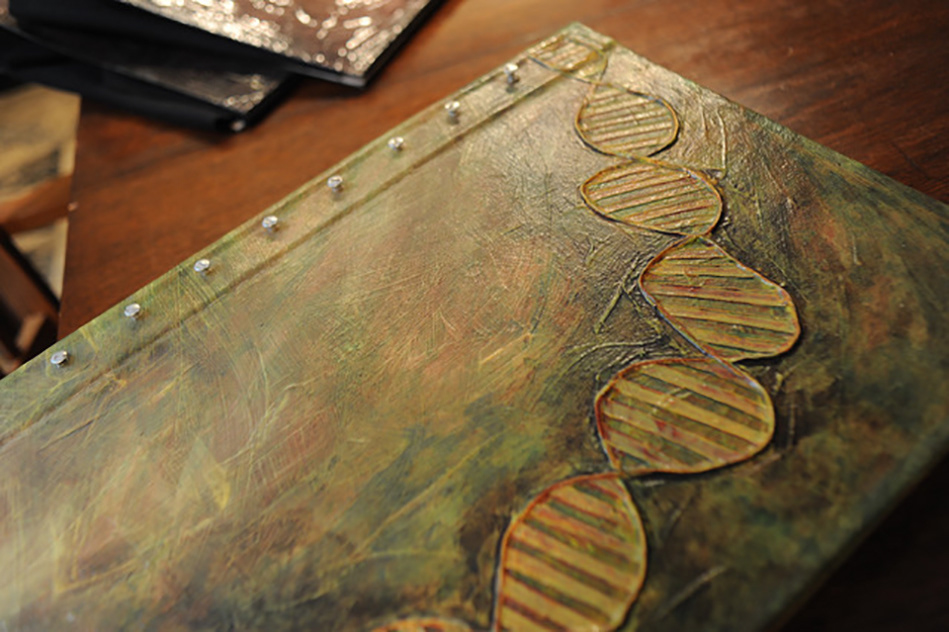 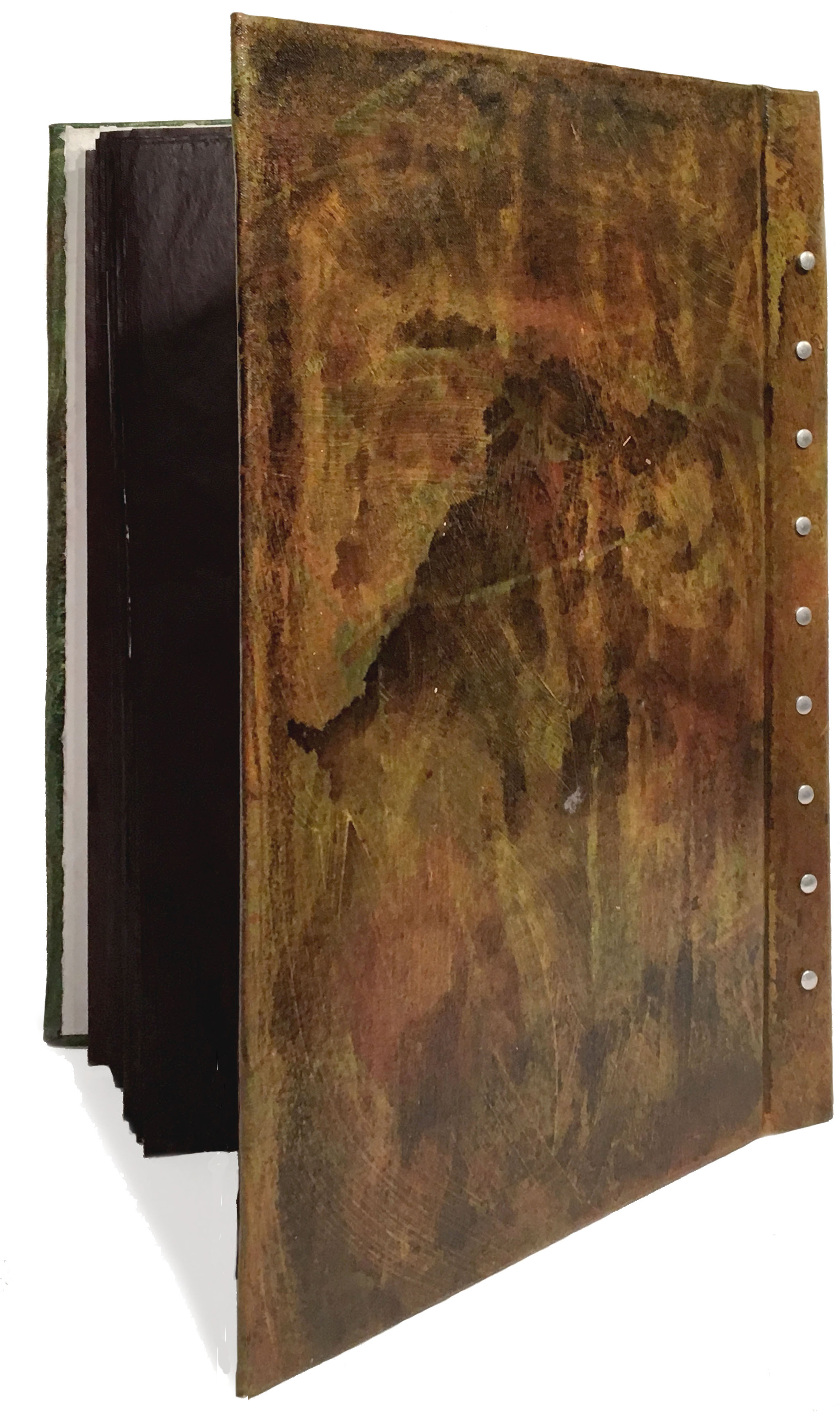 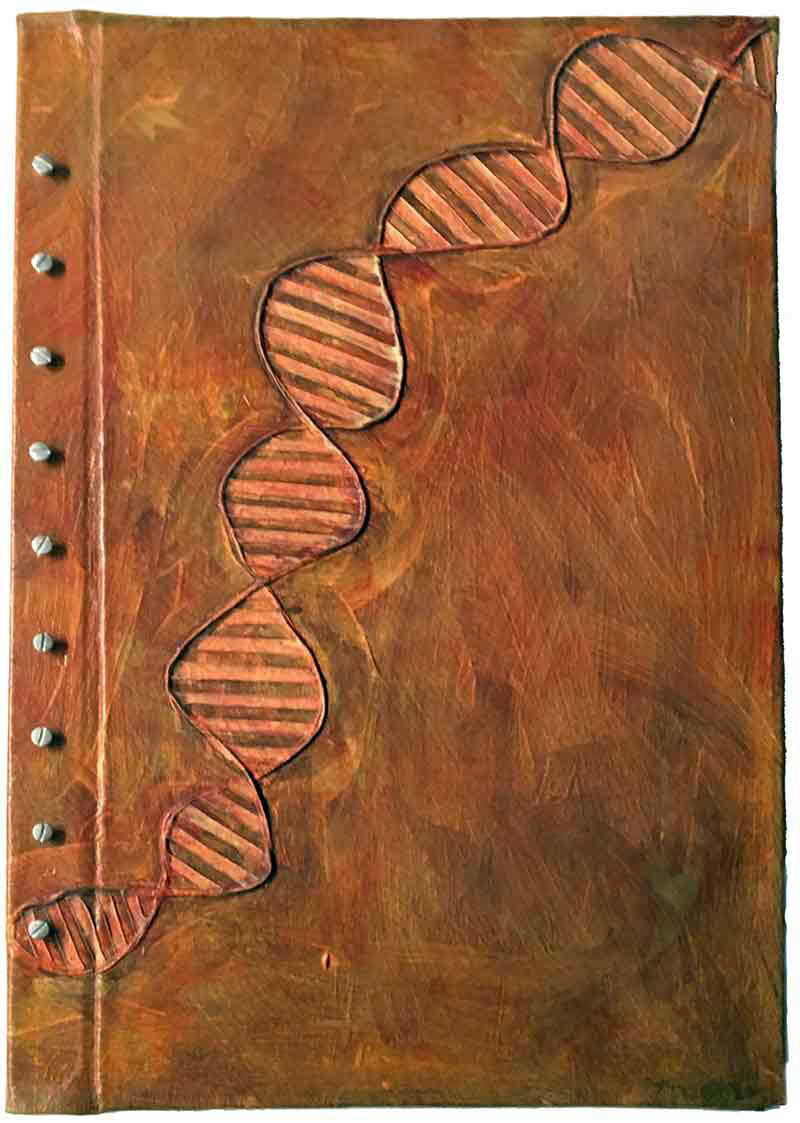 As an Associate of the Institute of Cultural in Inquiry, I worked on collaborative projects with the founder Lise Patt and other Institute Associates, such as Book Covers and Binding Design for the 2000 AIDS Chronicles that included three volumes with hand-painted covers illustrating strands of a DNA double helix, inspired by the fact that the sequencing of the human genome was completed in 2000, a moment that may prove to be a landmark in AIDS research, given the widespread perception that genetic engineering offers the best chance for developing an AIDS vaccine or cure.
As described by the ICI website (www.cultrualinquiry.org): The AIDS Chronicles were a project initiated in 1993, at the height of the AIDS pandemic in the United States to create a record of the day-to-day discourse on AIDS and HIV in the New York Times. Each yearly AIDS Chronicle consists of 365 front pages from the New York Times, collected from December 1 (World AIDS Day) to November 30 (of the following year). Each page was treated on both sides with three layers of acrylic paint to produce tangible, blood-red sheets that leave visible only images or articles that mention AIDS or HIV.

The 2000 AIDS Chronicle Edition featured an article of President Clinton visiting Africa to continue his work on HIV/AIDS treatment and prevention. The Getty has now acquired the full collection of the AIDS Chronicles as part of the Research Institute.

Eye Candy at Arts on 5th

Mudra - Installation at C.G.U.
↑Back to Top